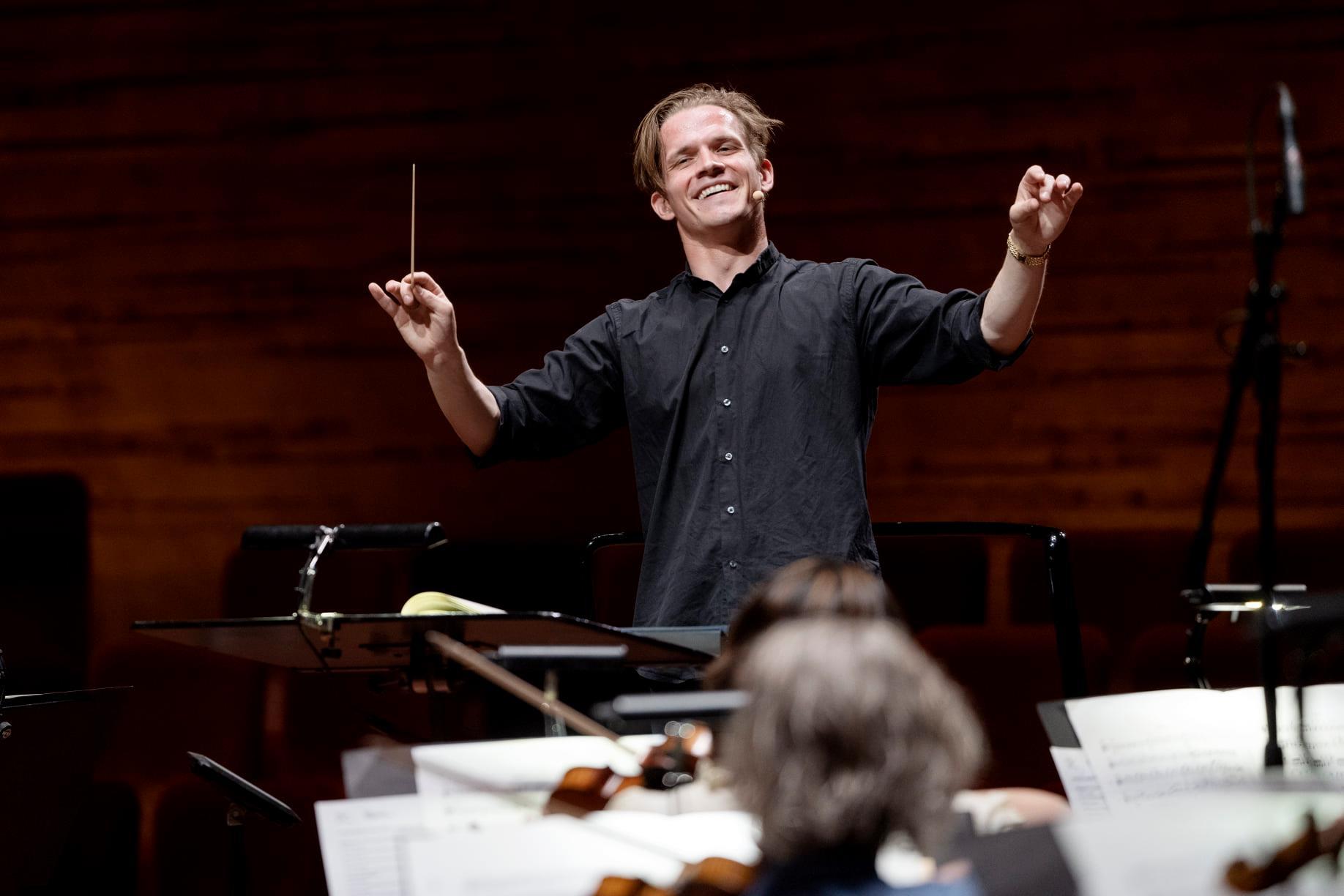 Germany | 26 years
Valentin Egel is First Kapellmeister and Deputy General Music Director of the Croatian National Theatre in Europe’s Capital of Culture Rijeka. He was born in 1994 into a musical family in Germany, studied conducting at the Franz Liszt University of Music in Weimar. He was Artistic Director of the KHG Student Orchestra Freiburg and conductor of the Young Chamber Philharmonie Berlin. Collaborations have included conducting with the Radio Symphony Orchestra Leipzig, the German Radio Philharmonie Saarbrücken, the Radio-Television Orchestra of Croatia, the BBC Philharmonic Manchester, and the Philharmonic Orchestra of Belgrade. Valentin Egel is first prize winner of the 7th International Competition for young Conductors Lovro von Matačić, of the MDR Sinfonieorchester Conducting Competition and of the conducting competition Campus Dirigieren. Since 2017, he is a member of the Deutsche Dirigentenforum, since 2020 also part of the artists' list Maestros von Morgen of the Deutsche Musikrat.