Ole Faurschou made his debut from the choir conductor class at the Royal Academy of Music, Copenhagen (DKDM) with Professor Dan-Olof Stenlund, and as orchestra conductor from the University of Music and Performing Arts Vienna with Professor Uros Lajovic.

As conductor for Academic Choir Aarhus and other choirs he won numerous awards and participated in TV and radio broadcasts to Denmark and Europe.
He represented Denmark at the first EBU ‘Choral of the year’ competition and won numerous awards and competitions, including ‘Grand Prix’ in Rome 2015, and ‘Best Conductor’ at the 8th International Choir Festival in Beijing.

Ole Faurschou has conducted a large number of choirs and orchestras at home and abroad, including Aarhus Symphony Orchestra, Copenhagen Phil, the Opera Choir at the Royal Danish Opera, the Jutland Opera Choir and the Kharkiv Philharmonic Orchestra in Ukraine, etc. Since 2020 he is the permanent conductor of the University Choir ‘Little MUKO’ 2020.

Ole Faurschou teaches conducting at DKDM and SDMK, and was for a number of years conductor at Denmark's only orchestra continuation school in Holstebro.

Henrik Vagn Christensen is regarded as his generation’s leading Danish ballet conductor and has been associated with The Royal Danish Ballet from 1996 to 2011 and from 2013-17 – The New York City Ballet. Besides world wide touring with RDB, Henrik Vagn Christensen has also conducted the Staatsballett Berlin at Deutsche Oper, Finnish National Ballet, The Royal Swedish Ballet, The Norwegian Opera, State Theatre in Pretoria, Teatro Real de Madrid and Marinskij Theater in St. Petersburg. His very close cooperation with both The Danish National Chamber Orchestra and The Danish National Symphony Orchestra has offered many and varied tasks from concerts to ballet to recordings for film and TV.

The other major Danish symphony orchestras have been the base for the symphonic repertoire, and Henrik Vagn Christensen has over the years played countless concerts with all of them and made CD recordings and concert productions for children and the young audience. The professional brass repertoire has also been in focus, and Henrik Vagn Christensen has thus been Artistic Director / Chief Conductor of both Prinsen’s Musikkorps (2003-2009) and Den Kgl. Livgardes Musikkorps (2006-2009).

Born in 1963 and educated at The Royal Academies of Music in Aalborg, Aarhus and Copenhagen, Henrik Vagn Christensen studied with the conductors Jorma Panula, Frans Rasmussen and Tamàs Vetö. Furthermore, he studied in Stockholm and London before his debut concert with the Copenhagen Philharmonic in 1994.

In addition, starting from the 2022/2023 season he will be Principal Conductor of the NHK Orchestra in Tokyo.

Luisi received a Grammy Award for his conducting of the last two operas of The Ring of the Nibelung, and the DVD of the same cycle, recorded live at the Metropolitan and released by Deutsche Grammophon, was named Best Opera Recording in 2012. His extensive discography includes works by Giuseppe Verdi, Antonio Salieri, and Vincenzo Bellini; symphonies by Arthur Honegger, Ottorino Respighi, and Franz Liszt; music by Franz Schmidt and Richard Strauss; and his award-winning interpretation of Anton Bruckner's Ninth Symphony. In 2015, the Philharmonia Zürich launched its own Philharmonia Records record label with Luisi's interpretations of Hector Berlioz, Richard Wagner, and Giuseppe Verdi's Rigoletto, to which was recently added the rare performance of the original version of Bruckner's Eighth Symphony.

He was born in Genova in 1959 where he was awarded the Grifo d'Oro, for his contribution to the cultural heritage of the city. When not busy at the podium, he is a passionate perfume maker.

The distinctive sound of the Danish National Symphony Orchestra has been moulded over the years by Chief Conductors like Nicolai Malko, Herbert Blomstedt, Thomas Dausgaard and Rafael Frühbeck de Burgos.

Today the Orchestra offers everything from Classical sounds through Roman­tic tone-poems and modern masterpieces to new creations by the com­posers of tomorrow. At the same time, the Orchestra has a special feeling for Danish music – from classics like Carl Nielsen and Niels W. Gade to the very young Danish composing talents.

Each year more than 100.000 music-lovers experience the magic of live symphonic music with the Danish National Symphony Orchestra – both in the DR Concert Hall and on the Orchestra’s major annual tour abroad.

The Orchestra’s popular Thursday Concert series is experienced every week by many Danes on radio and TV, and millions tune in when the concerts are broadcast internationally.

The Danish National Vocal Ensemble is an elite professional chamber choir, acclaimed internationally both for its virtuoso choral technique and the beauty of its transparent Nordic sound. Each of its 18 members functions both as a singer in the full ensemble and as an individual soloist in their own right.

The performances of the Danish National Vocal Ensemble can lead their audiences through the whole span of the choral repertoire – from the Renaissance polyphony of five centuries ago, through the classics of the Romantic era, to the brand new scores of our own time: the choir has premiered and commissioned works by many of the leading Danish and Euro­pean composers of today.

Each season the Danish National Vocal Ensemble presents a series of a cappella concerts in Copenhagen and across Denmark and is frequently invited to perform abroad. In addition, the choir regularly performs accompanied repertoire, joining forces with the Danish National Symphony Orchestra. Other collaborations have included performances with the period-instrument Concerto Copenhagen, with contemporary music groups such as The Nash Ensemble and Bang on a Can All-Stars and with ensembles from across Europe.

The Danish National Vocal Ensemble has released a substantial catalogue of outstanding and award-winning CDs. In 2015 their recording of Olivier Messiaen’s virtuosic Cinq Rechants, won the Diapason d’Or de l’Année and the Danish Radio P2 Prize, and in 2012 The Nightingale – recorded with Danish recorder virtuoso Michala Petri – won the prestigious German ECHO award.

Other highly-praised releases include recordings of music by Bent Sørensen, Carl Nielsen, Francis Poulenc. In November 2018, Årstiderne – a collection of traditional Danish Songs – was commended by Classics Today (USA) as ‘exemplary choral singing’. 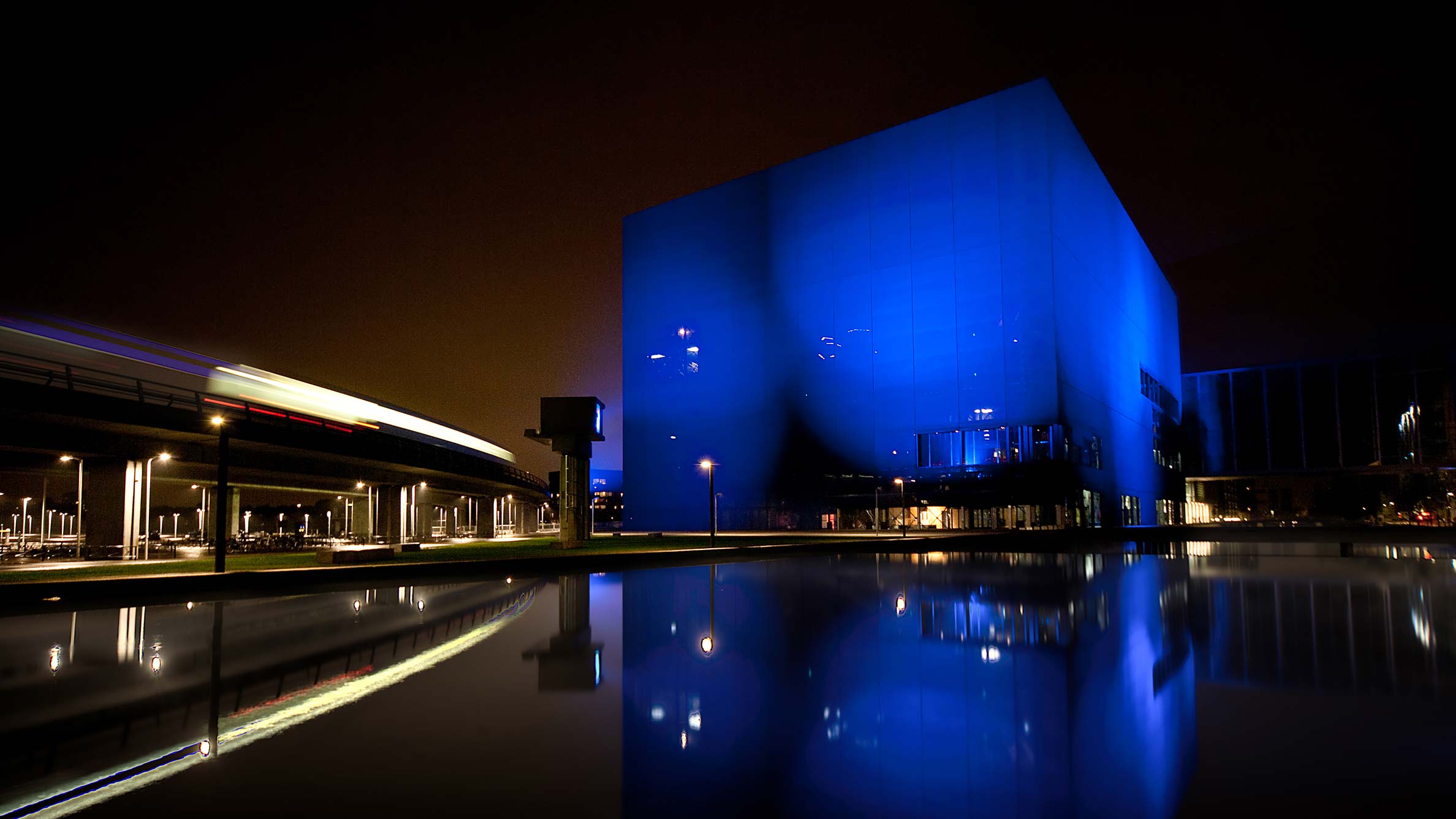