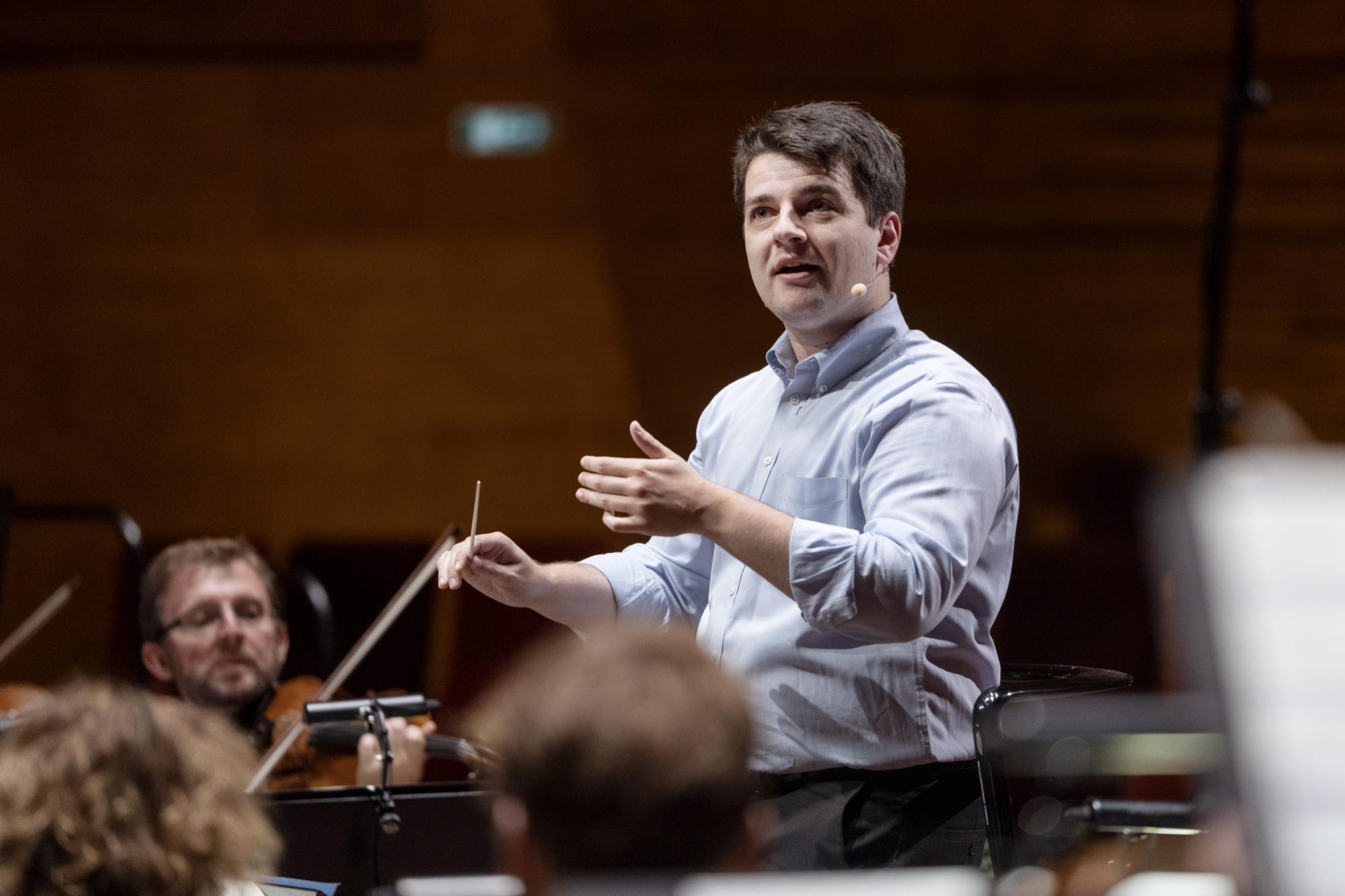 United States | 26 years
A 2020 recipient of the Solti Foundation U.S. Career Assistance Award, Maurice Cohn is Music Director of the New Horizons Orchestra and Assistant Conductor of the Eastman Philharmonia. He was also a 2019 fellow at the Aspen Music Festival, where he received the Robert J. Harth Conductor Prize and an invitation to return in 2021. Recent engagements include Oberlin Conservatory’s Contemporary Music Ensemble and cover conductor for the Atlanta Symphony assisting Music Director Robert Spano. Maurice also regularly conducts the Chicago-based contemporary ensemble Zafa Collective and the OSSIA New Music Ensemble. He was Assistant Conductor of the National Music Festival for two seasons and the co-Artistic Director of the Arts@Ascension Music Festival. Maurice holds an M.M. in conducting from the Eastman School of Music, a B.M. in cello performance from Oberlin Conservatory, and a B.A. from Oberlin College, where he studied history and mathematics.