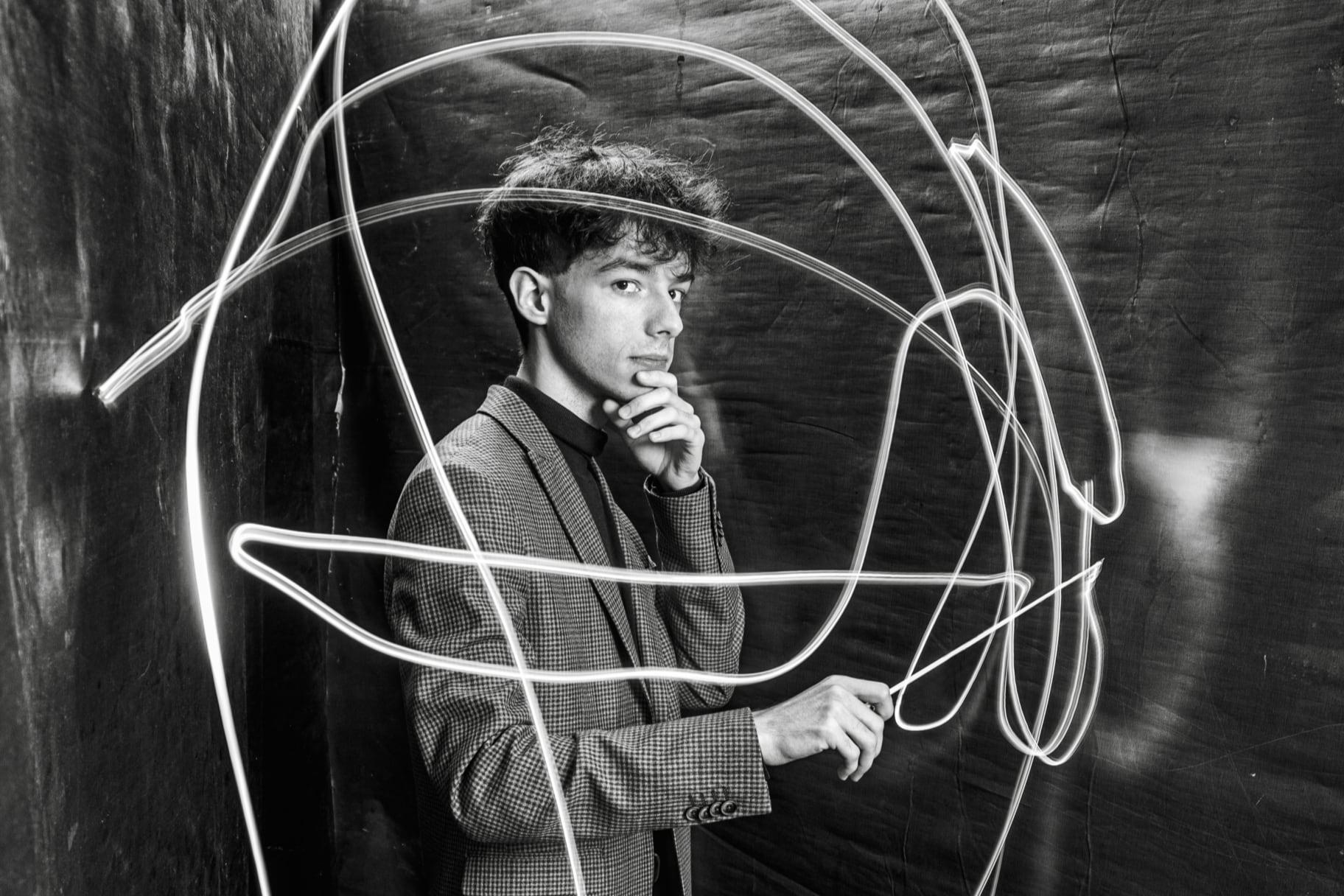 France
Vincent's first contact with music dates back to his childhood, during musical workshops that his father led in the Lorraine village where he lived. Among the few instruments at his disposal, the recorder remained in his hands when his parents suggested he enter the conservatory of Esch-sur-Alzette, where he started to study in Ria Clement's class at the age of 8. A year later, he also chose to study piano in the class of Claude Clement. Thanks to this double path, Vincent was able to appropriate a repertoire of various styles and periods, from the Renaissance to the 21st century. He also has a long-standing sensitivity to singing, having sung from elementary school through high school (and then university) in choirs and having fun making up lyrics to pre-existing music.

The symphonic repertoire was only revealed to him later, at the age of 15, during a performance of the New World Symphony by Dvorak which impressed him enormously. This opening to a whole new musical world was the impetus that pushed him to want to know as much as possible about this profession that seems to embrace so much beauty.

At the age of 16, he was introduced to orchestral conducting in the class of Alain Crepin in Luxembourg, then of Jean-Philippe Navarre in Nancy, who made him aware of the rigor of the in-depth study of a score and of historically informed interpretation, and of Adrian Mc Donnell in Paris, who ensured his baton technique, as well as his knowledge of the repertoire and of bowing techniques. His dream of becoming a conductor led him to expand his theoretical, historical and aesthetic knowledge in his artistic studies but also academically. Thus, he obtained a Bachelor of Musicology at the University of Nancy in 2018. He then entered the courses of "Écriture" (Pastiche composition) and Musicology at the Conservatoire National Supérieur de Musique de Paris. His first two years at this institution taught him to have a deep knowledge of the musical language of Schubert, Wagner, and Ravel, by writing for ensembles ranging from solo piano to accompanied melody and string quartet (in Cyrille Lehn's harmony class), as well as the language of Ligeti, Stravinsky, Messiaen, and Varèse, writing for small instrumental ensembles and for piano (in Thomas Lacôte's 20th and 21st century writing class). In addition, he is currently working on an essay about bar-groupings in the annotated scores of conductors for his musical analysis prize.

During his artistic studies, he had the opportunity to conduct some amateur groups such as the Harmony Orchestra of Nancy for almost three years, the Pop Orchestra in Rouen since 2020 and the ensemble Paris de Vents in Paris since 2022, as well as some choirs during his studies in Nancy, where he had vocal technique courses. He has also conducted professional orchestras during masterclasses (the Orchestre Prométhée and the Paris Mozart Orchestra) and the Orchestre des Lauréats du Conservatoire.

Curiosity, humility and perfectionism are an integral part of Vincent's human and artistic values. His taste for eclecticism pushes him to constantly search for the interest of the repertoire he is working on without stopping at aesthetic prejudices, by putting himself in the composer's shoes.

Although he has a sincere love for many composers, here are some of his absolute favorites: Rameau, Couperin, Schubert, Bruckner, Sibelius, Tchaikovsky, Ravel, Varèse and Stockhausen. He is also passionate about the traditional music of Extreme-Orient, especially Japan.

In 2019, the Stanislas Academy rewards his determination to progress in the artistic milieu by awarding him the Georges Sadler scholarship.