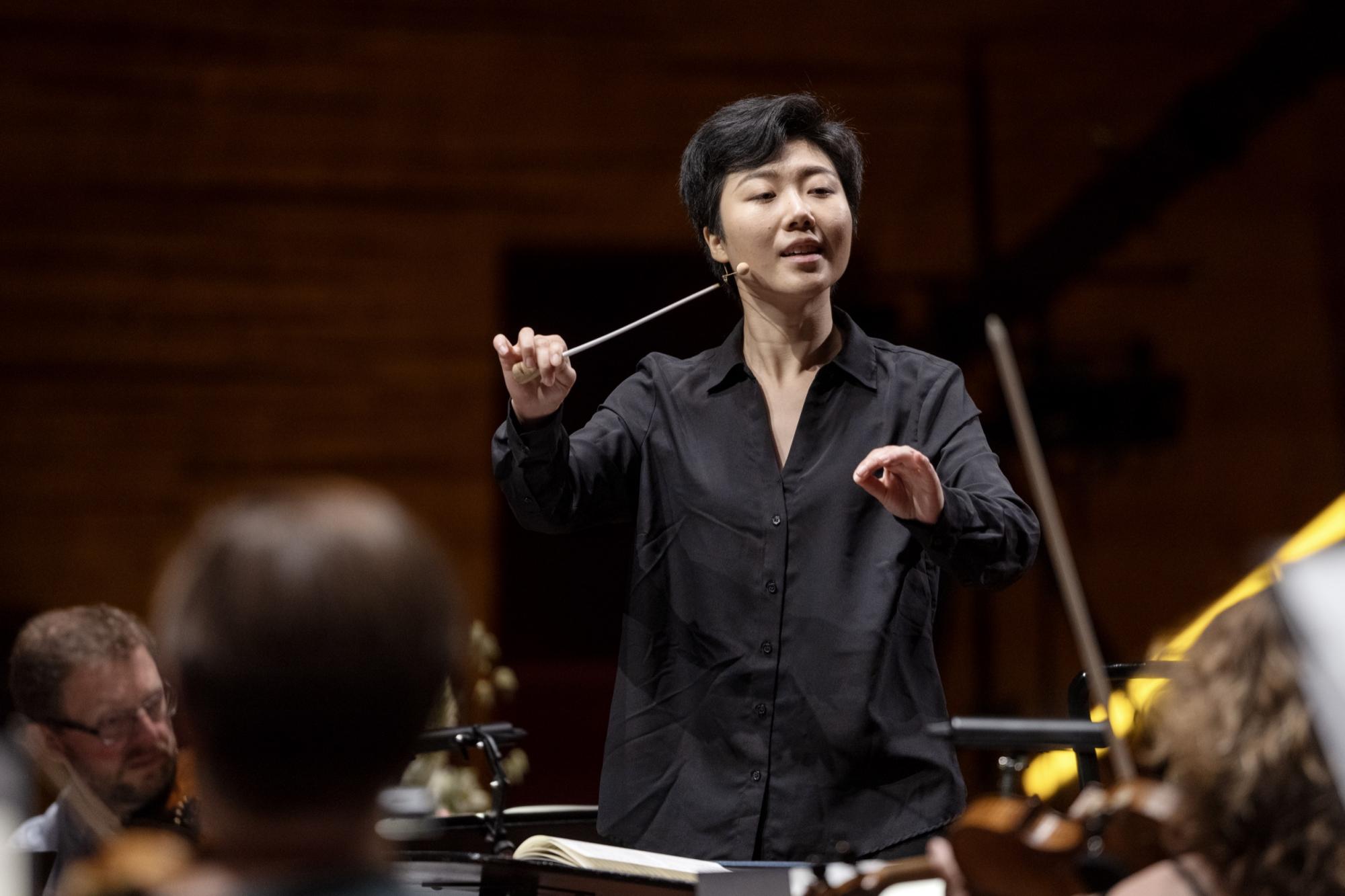 Three conductors will battle it out for the biggest prize in conducting on Saturday.
How did they get to the final of Malko 2021?

The jury’s verdict is in, and we know which conductors will compete in the final of Malko 2021. The prize? Invitations to conduct 24 renowned symphony orchestras from Dallas to Beijing, including 13 in the Nordic region. There’s €20,000 to help buy thermal underwear and the winner will also get a new mentor in Fabio Luisi – one of the most experienced and respected conductors alive.

I’ve been watching the contestants from the commentary box all week. From that perspective, here’s my very personal take on how our three finalists earned their place.

Dmitry Matvienko (30, Belarus) was an obvious contender to go all the way. He raised the temperature of the competition from the moment he walked onto the stage on Tuesday, conducting a real performance of Mozart’s Overture to Così fan tutte with bold tempi and strong accents.

Dmitry doesn’t say much, but in a sense he doesn’t have to. Some contestants spoke in metaphors and pictures; in his Round 2 Brahms, Dmitry simply asked the musicians of Danish National Symphony Orchestra to play ‘from here’, and clasped his hand over his heart. You could hear the difference immediately.

It helps that Dmitry is so technically good. He was all over the specially written work, Britta Byström’s A Drama in the Air. He gave the impression of being as at home in that piece as he obviously was in Stravinsky’s The Firebird. With his quivering intensity and his short baton, comparisons with Valery Gergiev are pretty much inevitable.

Some believe conductors are born, not made. Linhan Cui (27, China) is human embodiment of that idea. She comes to life on the podium, as if time spent away from it isn’t really time at all. Watching her, you have the impression of a conductor who hasn’t ‘learned’ a technique; her technique is simply an extension of herself – of her own physicality.

While Dmitry raised the temperature from the start, Linhan has grown through the competition. The more time she has spent in Copenhagen, the more she has appeared to trust her instincts and rely on her considerable experience with other orchestras including the Baltimore Symphony.

By the semi-final, Linhan was soaring. She seemed to relish every corner of Strauss’s Till Eulenspiegels lustige Streiche as much as the Danish National Symphony Orchestra enjoyed playing it for her. Here, and perhaps more than any other Malko contestant, she conducted with her eyes and face as much as with her arms and shoulders. It was a joy to behold, and a run-through as filled with character as a run-through can be.

Chloé Dufresne endeared herself from Round 1 with a rare combination of humility and authority (admitting ‘I forgot what I was going to say there…’ certainly helped). She put her mark on Haydn’s London symphony through gesture alone and took the world’s most renowned Nielsen orchestra confidently into the most complex section of the composer’s Symphony No 5 – a gamble that paid off.

Chloé is another conductor who has grown through the competition, and her imposing performance in the semi-final might explain why we’ll be seeing her on Saturday. Other candidates conducted Bryström’s A Drama in the Air as if they were listening to it. Chloé took control of the piece, telling its story, picking at its colours, literally ‘conducting’ its magic.

It was a joy to hear Chloé account of Debussy’s Prélude à l'après-midi d'un Faune. She kept her arms by her side for the opening bars, allowing the DNSO’s principal flute Ulla Miilmann to play her solo with unfettered beauty – as empowering a gesture as any conductor can hope to make. From then on, the piece was full of breath, fresh air and soufflé lightness.

There is no doubt about it: these three can conduct. But only one can win. Stay tuned – it will be quite a final on Saturday.