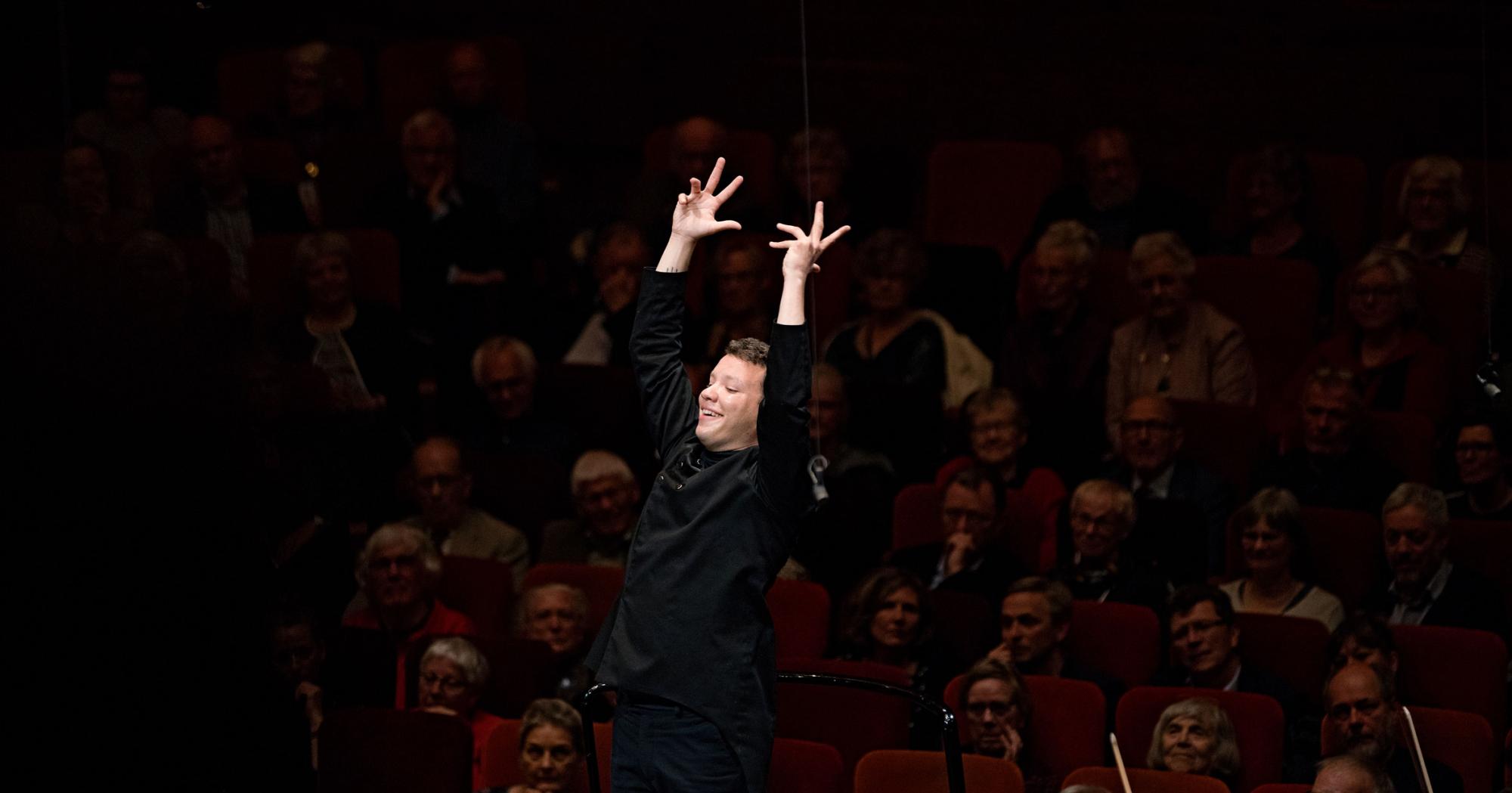 It’s three years since the last Malko Winner left Copenhagen.
His journey since shows why everything’s at stake.

Just over three years ago, Ryan Bancroft won the last Malko Competition…and in some style. He won the respect of the Danish National Symphony Orchestra. He won the hearts of its audience. It was a victory well deserved.

I was in the commentary box that night. I remember uttering a cliché along the lines of ‘a very bright future awaits this young conductor.’ Well, after what we’d seen that week, it was a safe bet.

That’s the point of the Malko Competition. If the right contestant wins, the competition’s profile and infrastructure remove all possible barriers to a significant career. The offer to conduct more than twenty orchestras around the world, from Sønderborg to Sydney, makes sure of it. There is no better way to enter the professional arena as a conductor.

For that reason, it’s tantalising to look ahead to the 2021 Malko Competition – which begins on 7 June. 24 conductors will arrive in Copenhagen in the first days of June. Which one of them will have their name made overnight by the events of June 12, Malko Final day?

Will that person be snapped up by a major talent agency? Will they go on to be appointed the chief conductor of a British orchestra and conduct at the BBC Proms? Will they be given a three-year artistic residency at an innovative orchestra in Finland?

All those things have happened to Ryan. This is a conductor who turned up in Copenhagen in May 2018 and admitted ‘the most important thing for me in this process is that I want to be myself, and if I succeed in that, then Ryan wins.’

Ryan did win. Barely a month after he’d left Copenhagen, he was signed by the major music agency Intermusica. Six months after that, he stepped in at short notice to conduct the BBC National Orchestra of Wales in Cardiff, which wasted no time in negotiating him into the top job: Chief Conductor.

This is when that other old cliché ‘he has the world at his feet’ starts to ring true. The name Ryan Bancroft is fast becoming just that – a name. Would it have happened without Malko? Maybe. It would certainly have taken a whole lot longer.

Which conductor’s name will be on our lips in under a month’s time? I can’t wait to find out. Because Malko makes careers – and that makes Malko un-missable.